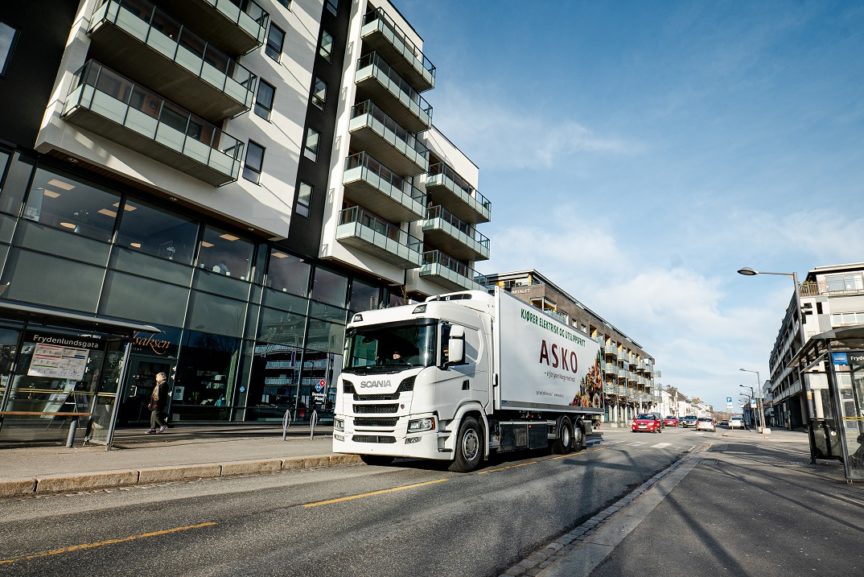 Things are starting to move on at a pace as far as the electrification of urban distribution trucks is concerned.  In the past, concerns over payload, range and speed of charging were enough on their own to put truck operators off from even considering an electric truck.

These concerns seem to have been addressed by Scania – the only remaining concern can be the eye-watering price of these electric trucks.

Scania has been running some hybrid diesel electric trucks for some while now.  These trucks are able to run in electric only mode for short distances in the city.  With a battery capacity of 165 kWh – in round figures, this is equivalent to a couple of Tesla cars – giving them a range of 120 km.

“In the long run, electrification will be key to achieving a sustainable transport system for heavy vehicles as well. On the journey, it is as important as ever to work with customer-near development to understand the impact on the customers’ full operations, not only making sure that a technical solution works and the electricity that charges the batteries is sourced from renewable energy. That is why we are pleased with yet another important project together with ASKO,” says Karin Rådström, Head of Sales and Marketing at Scania.

No price information was given about these trucks, but government was involved in supporting the initiative.  By Scania’s own admission, they are not at the point where they can offer a commercially sound battery truck offering, although they tell us, “it will not be very long until we reach a tipping point where electrification for heavy transport will become a sound stand-alone investment for our customers.

“Scania has taken an active part in the development of batteries and battery cells, in our own research, through partnerships and with customers. It is an area where we expect significant progress in the next few years, including improvements that will cater for varying transport assignments while keeping the total cost of ownership for our customers in mind,” says Rådström.