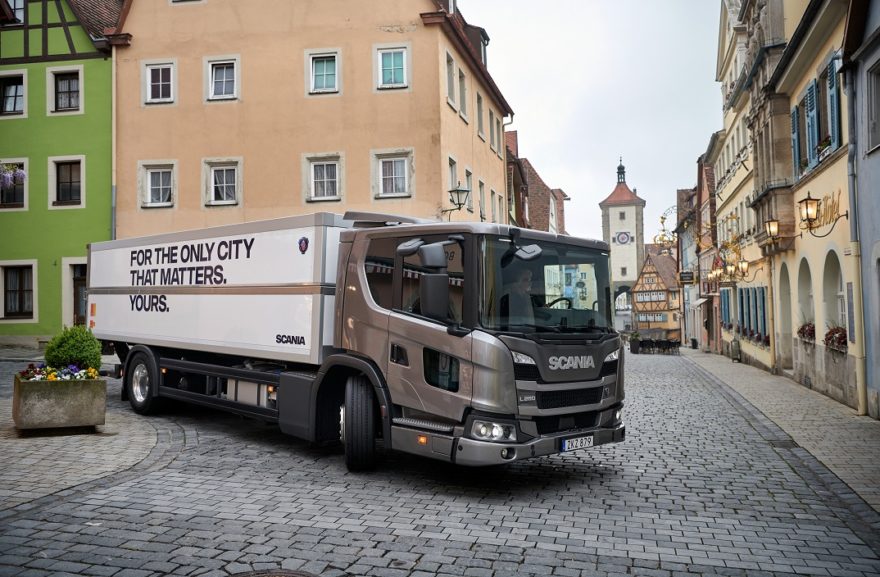 In order to appeal to a broader range of customers, Scania has added their 7-litre D07 engine to their urban, low entry L Series truck that they launched as recently as 2017.

Originally available only with the 5-cylinder, 9-litre Scania unit, the L Series was carrying quite a bit of weight for refuse truck operation, for example.

The introduction of the smaller engine means that an overall weight saving of some 360kg can be achieved – and that’s money in the bank for a truck operator.

Initially, we primarily focused on certain applications with slightly heavier operations by offering the L-series with our five cylinder, 9-litre inline engines,

However, what assumed already from the outset was later confirmed. There is a demand for solutions based on the lighter and more flexible 7-litre engine as well.

The D07 was only introduced in 2017 – the same time as the L Series – but was only available on the P Series range.  The engine is a lightweight inline six-cylinder 6.7 litre engine.

To reach the demanding Euro 6 emissions levels, Scania has forgone the EGR system in preference of the simpler SCR-only approach, also favoured by Iveco.

Scania is better known for its larger truck engines – especially the famous V8, but the company has adopted the same design principles for the smallest engine in their range.

It’s Scania’s smallest truck engine in a long time. But it still carries all the well-known brand characteristics: class-leading fuel-efficiency, our low-rev philosophy and the ability to run on 100 percent HVO or FAME, out of the box, with up to 90 percent carbon-dioxide reduction.

Truck operators working in our cites are presented with a unique set of challenges – especially regarding safety and environment.

This means smaller, quieter engines, lower emissions and extra visibility, as with the L Series and the ‘Scania City Safe Window’ in the passenger door.

The Scania L-series cabs are are available in three different roof heights: low, normal and high. If ordered with the kneeling function, it takes just one step to enter into the cab with a floor height around 80 centimetres. Typical axle configurations for urban application rigids are 4×2 or 6×2*4 (with Scania’s electrically steered tag axle).