The Best-Selling Trucks in 2019 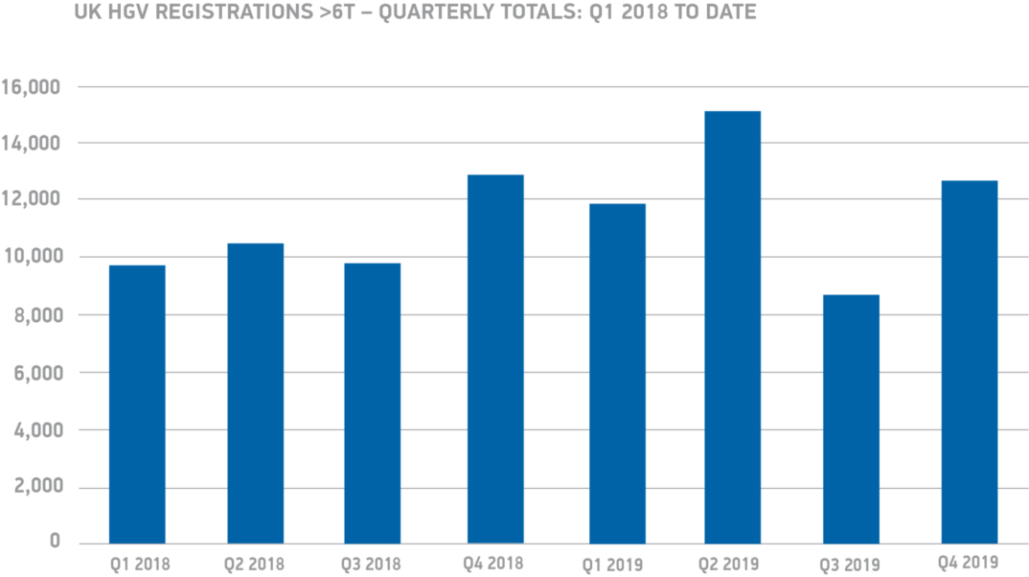 There were more new trucks sold in the UK in 2019 than in the two preceding years.  With an impressive 48,535 registrations last year, we saw nearly 13% more new trucks appear on our roads than in 2018 after number shrinking for the previous two years.

All this despite a series of stalled Brexits and the ensuing uncertainty.

There were a few developments that went the truck makers’ way.  There was a deadline for the fitment of smart tachographs halfway through the year. This meant that canny truck operators pulled forward truck purchases to just before the deadline to avoid this new system for as long as possible.

It is always interesting watching the registration figures as UK Plc heads into or out of a recession, as it is usually the registrations of three-axle tractor units that start to slow down first on the way in – and increase on the way out of recession. 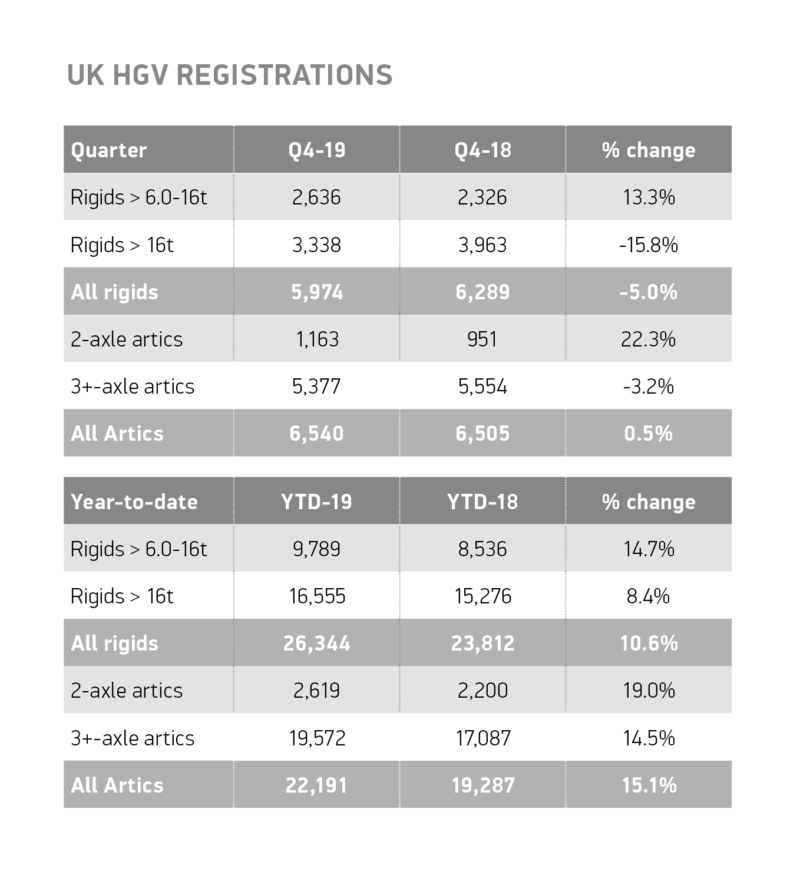 This is mainly because there is no body build time which creates a longer lag between ordering and delivery for a rigid truck.  Dealers are more likely to hold some stocks of tractor units, as they are a lot more generic than a box truck that could be an array of different lengths, heights, be fitted with a tail lift etc. etc.

So is it good news that the best selling trucks of 2019 were 6×2 tractor units?  The theory says that this should mean that a growth in rigid trucks should be just behind.

Unfortunately, whilst three-axle tractor units did well over the year as a whole, the last quarter of 2019 was a different story with their registrations going into reverse -3.2% down on 2018 figures.

Nonetheless, tractor units took up over 44% of the truck market in 2019 with box trucks the next best seller up 27% on the previous year, followed by tippers which were up 9.4%, then curtainsiders which were actually down slightly (-4.4%) with refuse trucks completing the top five.

Of the rigids, it was the lighter weight end of the market that performed better – trucks up to 16 tonnes GVW were nearly 15% up for the year, whilst the numerically more important 18, 26 and 32 tonne rigids were only up by 8.4% for the year.

It was a significant drop in tipper registrations in the last quarter of 2019 that impacted these numbers.  This surely reflects the levels of confidence in the construction industry.

Where in the UK were the trucks sold?

Looking at the table for England, Scotland, Northern Ireland and Wales, it shows a genuine game of two halves.  England and Wales had the largest increases over their 2018 performances – but these were the two areas performing badly in the final quarter.  Scotland and Northern Ireland performed less well overall, but – especially in the case of Scotland – the last quarter of 2019 was up by an impressive 25% on the previous year. 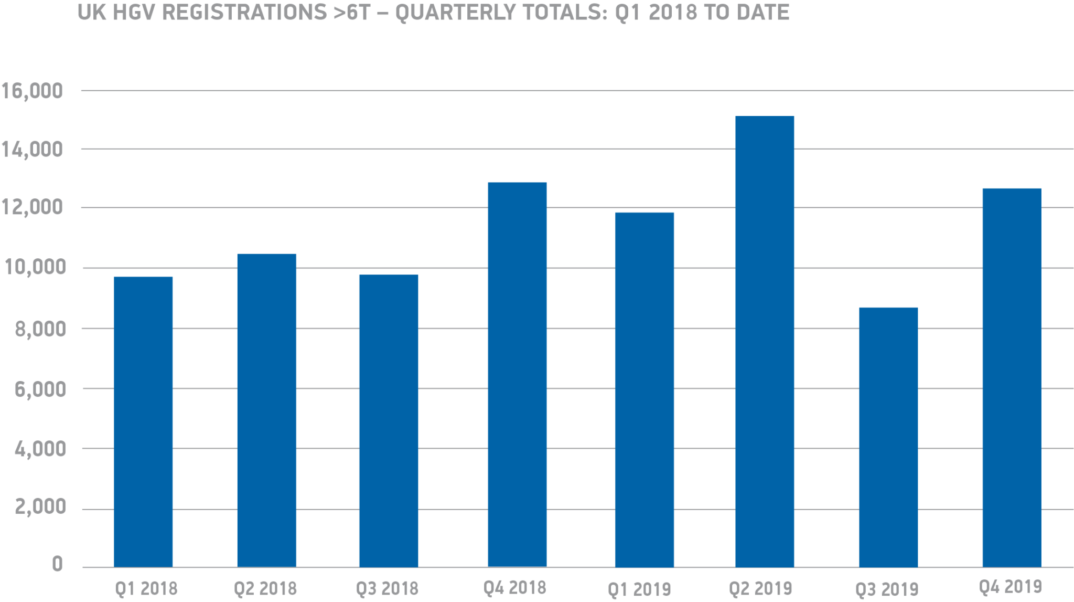 Once more DAF dominated the truck sales chart with over 30% of the UK truck market.  No mean feat in its own right, but even more impressive were the growth figures – up nearly 30% compared to 2018 in a market up overall by just 12.4%.

Equally impressive were Scania with a 35% improvement on their registrations in 2018, overhauling the less successful Mercedes-Benz for second spot. Mercedes’ registrations were down 14% but just managed to stay ahead of Volvo Trucks by 64 extra trucks sold, as their growth was pedestrian at best at just 2.6% in a market up 12.4%.

Lower down the market league table, MAN came out top of the three-way clash with Renault Trucks and Iveco.  MAN appear to have pulled away from Iveco and Renault – the contest has been much closer over the years.

All data courtesy of the SMMT

View all Curtainsider Trucks for sale...>

View all MAN Trucks for sale...>

View all Renault Trucks for sale...>