Unimog is off-roader of the year 2020

Unimog is off-roader of the year 2020 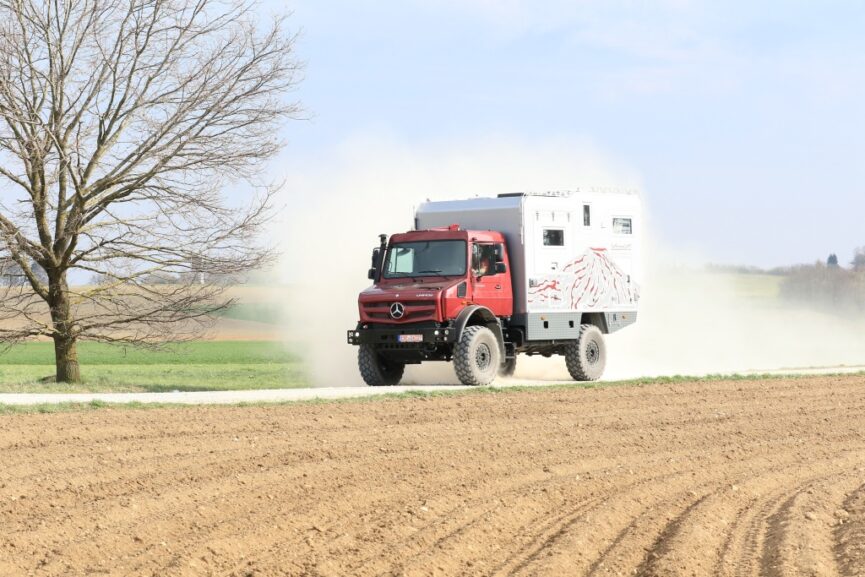 We all know it’s a great truck/tractor and it has been confirmed yet again by the readers of “Off Road” magazine, who voted it off-roader of the year in the “Special Vehicles” category for the sixteenth time in a row.

The Unimog was well ahead in first place with 54.7 percent of readers’ votes. The extreme off-road Unimog is highly popular with globetrotters as a basic vehicle for travelling on and off metalled roads, and in its lower-weight version with only 7.49 tonnes GVW it can also be driven with a car driver’s licence (assuming Grandad’s rights driving licence).

“We are delighted with this award even if we could not accept it personally due to the present situation. This is again a show of confidence in our Unimog from the Off-Road readership and we thank them immensely for this. Even after almost 75 years the Unimog is the ultimate off-road vehicle and presently holds the world record for a wheeled vehicle driving at altitude. Many of its ingenious features such as the three-point mounting system for the living area body make it an ideal vehicle for expeditions beyond tarmacked roads, in difficult terrain or for journeys to altitudes just below 7000 m on the world’s highest active volcano, as it recently proved,” said Dr. Ralf Forcher, Head of Unimog Sales and Marketing.