Home > All About the Fuel for Renault Range T Purchase

All About the Fuel for Renault Range T Purchase 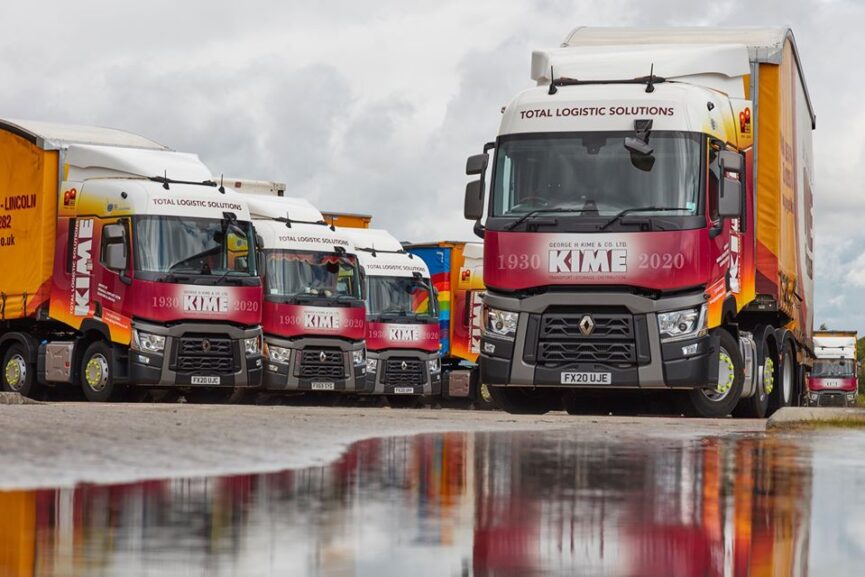 However, it seems that the performance of the local Renault Trucks dealership, Thompson Commercials had something to do with the decision.  The salesperson sells the first truck – the service department sells every subsequent one.  George H Kime is aiming to be 100% Renault by next year.

Part of TPN, George H Kime’s Range Ts are transporting palletised freight on curtain-siders and double deck trailers. “These are extremely busy times and we need vehicles that are economical, robust, reliable and come with a first-class back up service. Renault Trucks and Thompson Commercials deliver every time,” says Managing Director Nigel Kime.

Nigel Kime continues: “All that matters to us is fuel economy and the Range T is renowned for being good on fuel. The trucks are running over 1500 miles and we are getting over 11mpg. We’ve never come across figures like this, ever!”

A forward-thinking company dedicated to improving fuel economy and reducing its carbon footprint, George H Kime has ensured the vehicle specification was right for their operation.

Nigel Kime adds: “We have a great team of drivers and they’ve all been through Renault Trucks’ full intensive 2 day driver training course at Warwick offering them time in the classroom, together with urban country and motorway driving techniques, which is proving to be so beneficial in terms of increased productivity, mpg and reducing our carbon footprint.”

George H Kime has been using the Range T successfully in its fleet since 2013. The latest Range T’s are an upgrade with a driver-led specification including camera system, microwaves and iPads linked to the traffic pad.

Commenting on the T480’s DTi 13 litre Step D Euro-6 engine, which produces 473hp and 2400 Nm of torque, Nigel Kime says: “The Step D 13 litre engine is incredible; it’s the best fleet vehicle for the application. Our drivers have been in most manufacturer’s vehicles, but these go above and beyond anything they’ve ever driven,” says Nigel.

George H Kime has opted for a five year Renault Trucks Start & Drive hire purchase contract by Renault Trucks Financial Services with maintenance carried out by Thompson Commercials, Boston.  Commenting on the quality of support they receive from the local dealer, Nigel Kime says: “We run a fleet of 44 trucks, 30 tractor units, as well as 18t, 26t and 12t and thanks to the extended opening hours and responsive service we receive from Craig Osborne and the team at Thompsons in Boston, we’ll be going 100% Renault Trucks by June 2021.”

Additionally, George H Kime has unveiled a re-branded trailer which pays tribute to the NHS. The Lawrence David curtainside trailer bears the rainbow graphic that has become a symbol of support for those wanting to show their appreciation for NHS workers and offers a message of hope.  Nigel Kime comments on the move: “With our trailers running flat out we are very proud to be supporting the incredible work of the NHS during these challenging times.”

All Renault trucks for sale

All Renault T480 trucks for sale 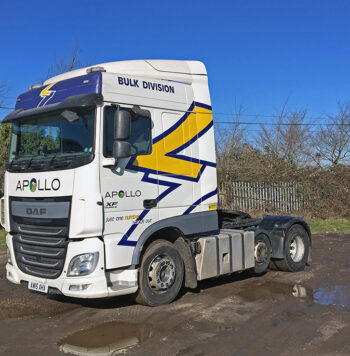