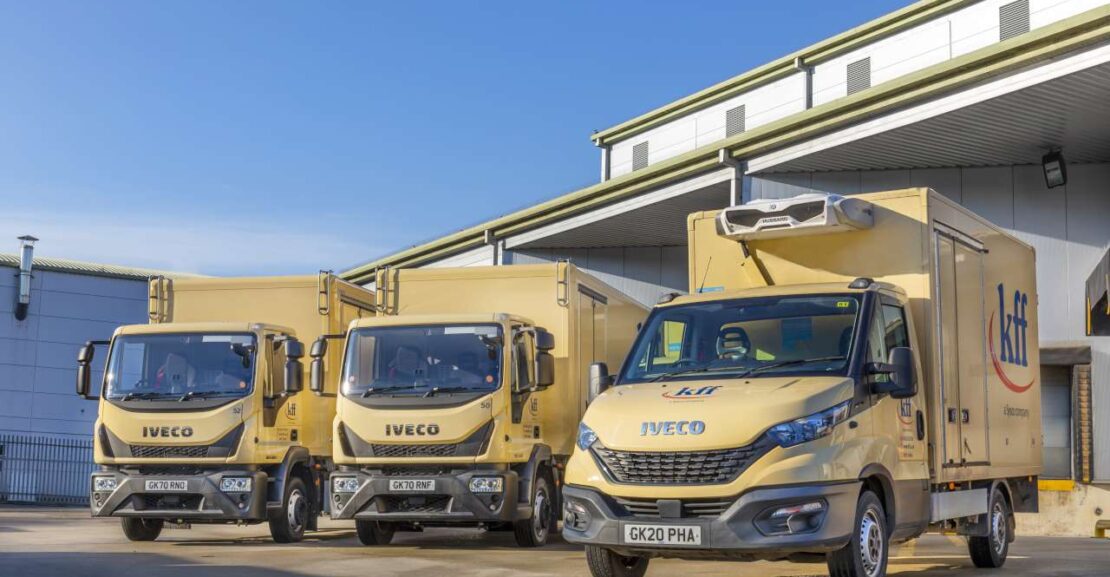 These trucks won’t get worn out any time soon.  Bought to deliver to cafes and restaurants, Johnson’s lockdown Mk3 has restricted the operations of 31 new Iveco trucks and vans bought by Kent Frozen Foods (KFF).

The deal included 13 Eurocargo and 18 Daily commercial vehicles which add to the company’s fleet now totalling 80 vehicles – all of which are Ivecos. This is a great example of a local dealer doing a good job – Haynes Trucks has a  25-year relationship with KFF.

“The reason for our long-term relationship is that Haynes’ service has been second to none. They supply us with one of their technicians each night and he manages any smaller problems on site to help keep our fleet on the road. For anything major he will take the vehicle to Haynes’ Maidstone site and work on it so it’s ready for to go the next morning. He is first class and treats the vehicles like his own which has meant our Vehicle Off the Road rates are very low,” explained KFF’s distribution manager Jason Windle explains.

The 13 new 12-tonne Eurocargo ML120E25s main roles will be as an urban workhorse delivering chilled and frozen food to cafes, restaurants and takeaways in London where manoeuvrability is key and where access can be a challenge. The Eurocargo MLC Day Cab is just 2.1 metres wide which makes it perfect for operating in urban areas.

“The 12-tonne is the perfect multi-drop urban delivery truck. It’s got a good turning circle and drivers like them as they easily take them into places where access is very challenging. The Eurocargo is the perfect size as we rarely work to the truck’s full payload, instead its more about optimising load cube on each journey.

Health and safety and compliance are big priorities for KFF, particularly when working in London so each Eurocargo is fitted with seven external cameras, one internal camera, a Verizon tracking unit and Hi-Viz red seatbelts. Each Daily also gains the same equipment, plus the electronic parking brake, which reduces repetitive movements for the driver.

While the new Eurocargos are tackling the streets of London the fleet of 18 new 3.5 tonne Daily box vans manage the longer distance delivery work, serving customers as far afield as Manchester in the north and Plymouth in the south west.

The 35S12 Daily 3450mm wheelbase single rear wheel chassis cab is fitted with the 120hp 2.3-litre F1A Euro 6D diesel coupled to a manual six-speed transmission. They are specified with a single passenger seat, replacing the usual bench, as payload is an especially important consideration. Even with its Solomon Commercials twin chamber fridge and chilled body it can swallow nearly 900kg of payload and for the majority of times it leaves the depot working at maximum payload.

“Because of the inherent strength of Daily, they work at maximum payload on the outwork leg of their journeys. We take them down to the weighbridge to ensure that with a driver and full tank of fuel the vehicle is compliant but working at its optimum weight,”

“We’ve looked at the heavier Daily, but we wanted to stay under the 3.5 tonnes GVW to manage longer trips without the restriction of a tachograph,” added Windle.

The replacement profile for both vehicles reflects their working patterns with the Eurocargo being renewed every eight years and around half a million kilometres, while the Daily’s five-year life on fleet will see them cover in the region of 400,000km. 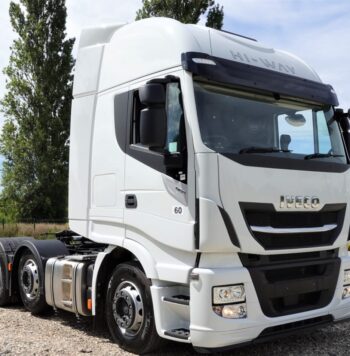 All Iveco trucks for sale 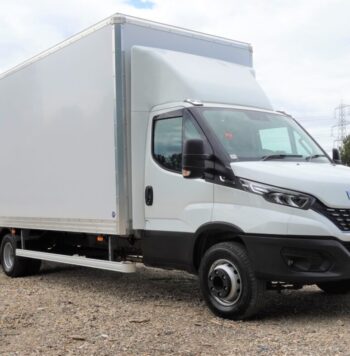 All Iveco Daily trucks for sale 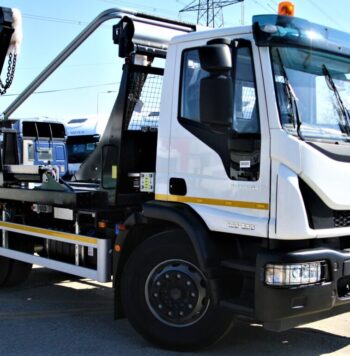 All Iveco Eurocargo trucks for sale

All Vans trucks for sale